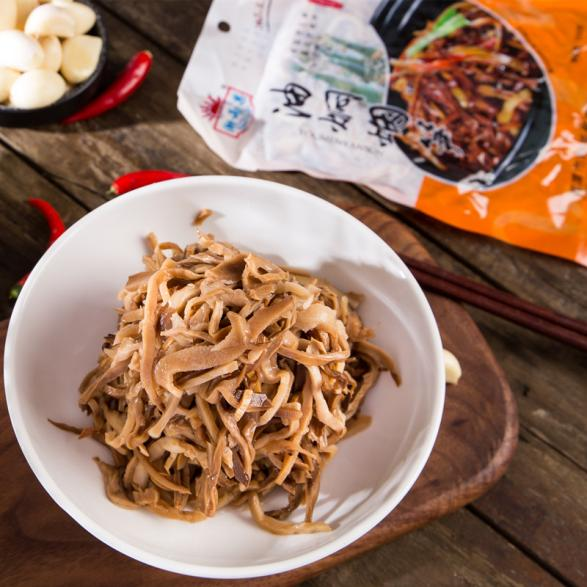 
Send email to us

There is two treasures of Hunan: red history, good forest!  Hunan is known as the cradle of Chinese revolution. It is also a world famous natural oxygen bar, a green treasure house and a sea of green bamboos. A variety of delicious bamboo shoots abound in this area, and the "smoke bamboo shoots" is the most representative one, known as "bamboo sea cucumber" . In the bamboo forest, the fresh and crisp bamboo shoots are collected together. After peeling off the layers of shells, they are boiled with clear and moist spring water, and their aroma is immediately overflows. Then they are roasted with charcoal and smoked into black and brown dried bamboo shoots, which is called "smoke shoots". This is not only for easy storage and transportation, but also because the dried bamboo shoots produced by these processes have a unique and memorable flavor. With braised meat, the meat tastes sweet, and the bamboo shoots taste ongoing. There are also many ways to eat: boiled smoke bamboo shoots, smoke bamboo shoots stewed pork, smoke bamboo shoots fried bacon, and so on. No one will stop eating after taste it. 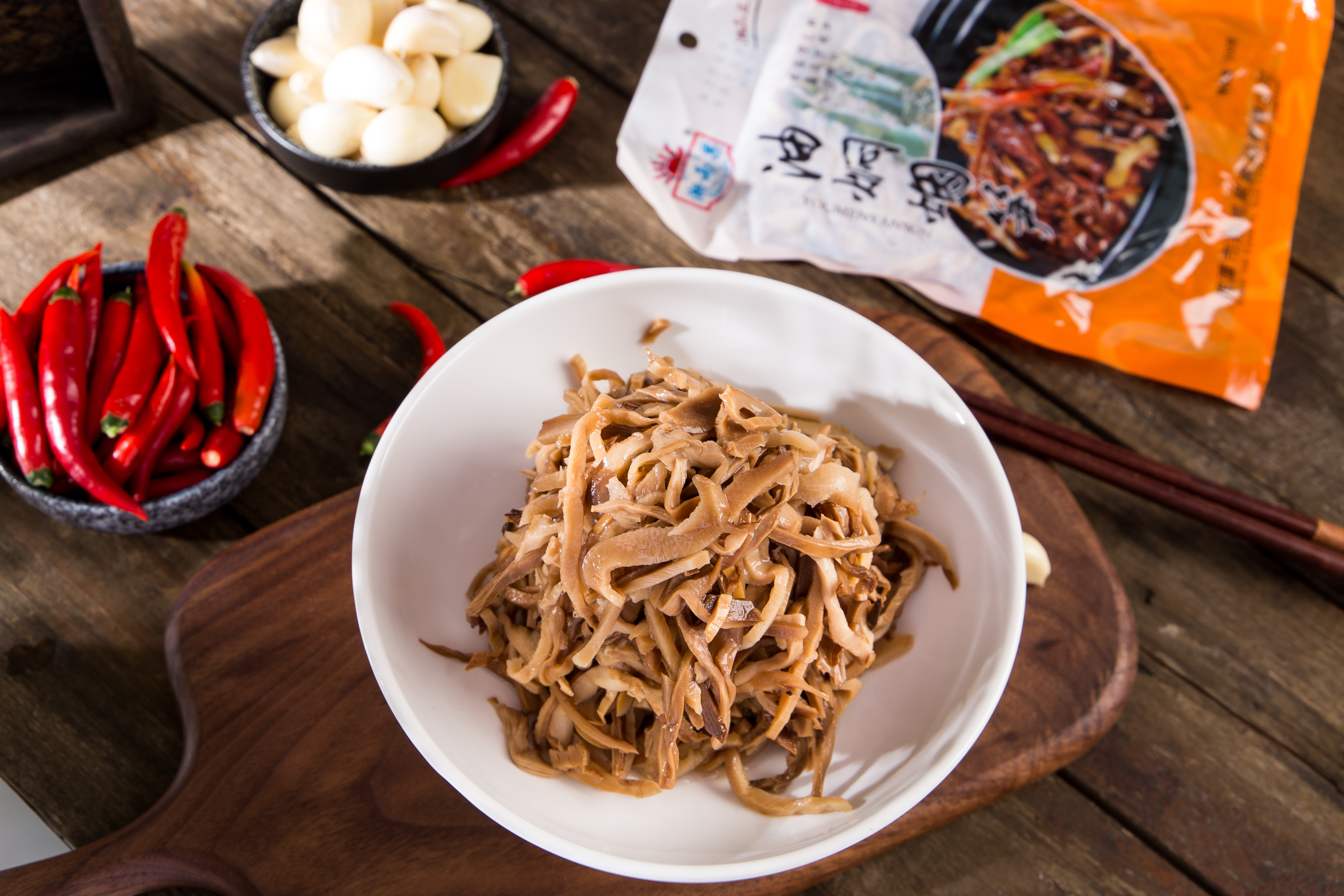 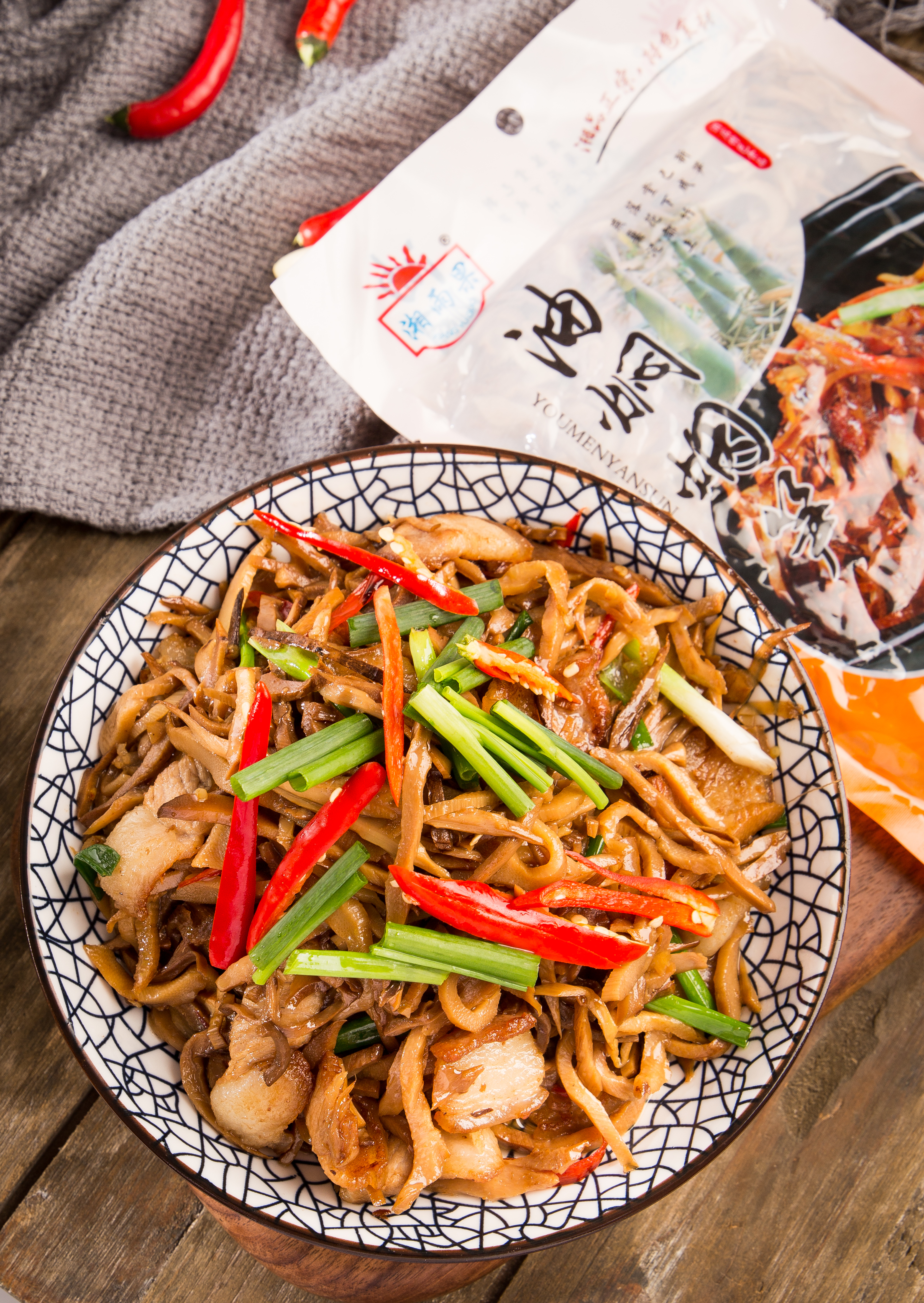 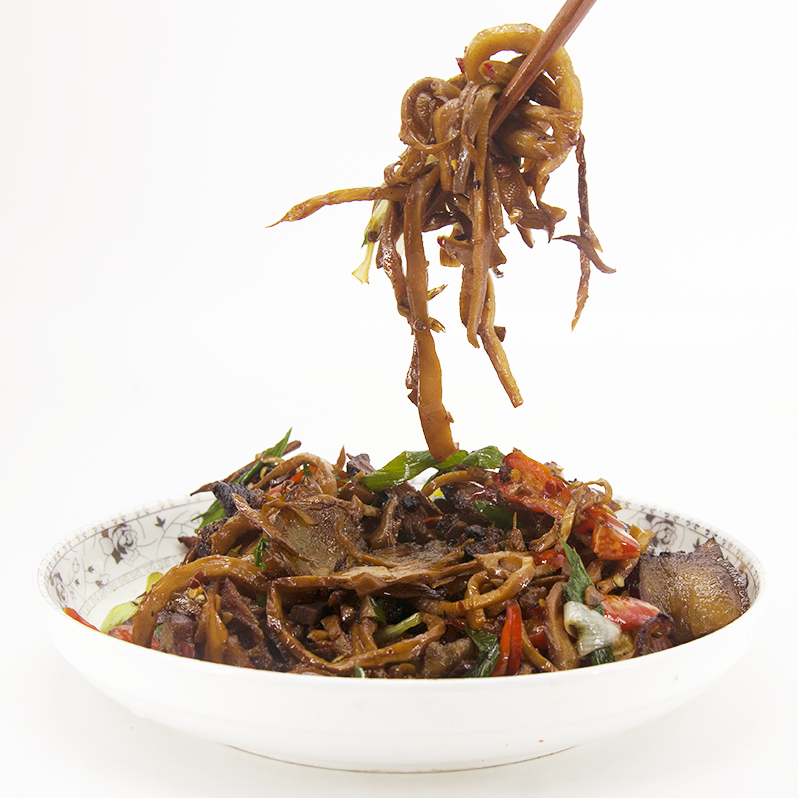 1.cut bacon into slices, chili and garlic into segments;
2.pour oil into the wok and heat up, add bacon to stir-fry
3.add chili and garlic, fully cooked
4.add smoke bamboo shoots fry until cooked;
5.add light soy sauce and other seasoning, serve it.

Write your message here and send it to us