Seize the overseas order , Hunan did not go to Europe

Recently, we all see that, news of Zhejiang going abroad are everywhere.

Not only Zhejiang, but also Jiangsu, Sichuan, Guangdong, Fujian and other provinces have chartered flights to overseas. Where is everyone mainly going? Zhejiang, to Germany, France, UAE; Jiangsu, to Japan and Europe; Sichuan, to France, Germany, Italy... The direction is clear -- focus on Europe as well as Asia. Someone shouted to Hunan "Still don't set out? Don't you want to see Europe?" Hunan calmly replied "Ready, we go to Africa." 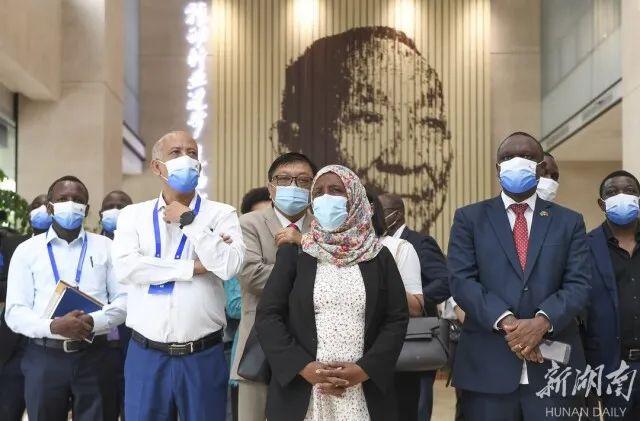 The Xiang Army Has Never Fought a War Unprepared

To Africa, Hunan is the first. A group of merchants from Hunan Province gathers at Changsha Huanghua International Airport on Dec 9 for a flight to Africa. Hunan Provincial Department of Commerce led the team, there are more than a dozen Hunan enterprises, set out low-key. This is the first visit of Hunan provincial group in nearly 3 years. Lou Liangjin, second-level inspector of the provincial department of commerce, is the head of the African delegation. “Hunan was not the first to go out, but it was the first to start planning.” he said.

How early ? Two months ago. What have Hunan done? Hunan has opened the first direct cargo route to the UK, imported the first batch of Kenyan live lobsters this year, and imported African tea at its ports for the first time. Held the third Hunan (Yueyang) Port Economic and Trade Expo, 2022 China-Africa Fruit Promotion Match, 2022 China (Hunan) Big Health Industry "Into Africa" Promotion Match. The annual investment promotion activity -- the Hunan-Yangtze River Delta Economic and Trade Cooperation Negotiation Week 2022 was held in Shanghai, dispatching 88 provincial-level contracted projects with a total investment of 93.588 billion yuan. Unexpectedly, Hunan also found time to hold many deployment meetings, enterprise symposia and seminars on key tasks, just to find the right opportunity to plan to overseas. In early November, on the fifth China International Import Expo, was Hunan just going to participate in the exhibition? No, with the help of this international economic and trade platform, Hunan has connected with a bunch of multinational enterprises. We have thoroughly studied the economic and trade basis and project potential of both sides, arranged the itinerary and economic and trade exchange activities, and figured out where Hunan should go to "grab the order" before we set out. This is exactly the style of Xiang Army. Hunan go outside to attract investment, make everything ready, see the opportunity of overseas.

Without questions, it is absolutely an efficient visit!

To Africa, it is not a decide on the spur of the moment.

This visit to Africa, Hunan delegation with several main tasks: first, to promote and invite to the third China-Africa Economic and Trade Expo. As the first national and international platform for opening to the outside world in Hunan Province, China-Africa Economic and Trade Expo has been established in Hunan Province for a long time since 2019, and was successfully held twice in 2019 and 2021 respectively. The third China-Africa Economic and Trade Expo is scheduled to be held in Changsha in June 2023. Since there is only half a year time, Hunan is very anxious, if there is no African merchants, no African products to see, where is the the significance of the expo? This time, the Hunan delegation will focus on inviting all parties from African countries to participate in the Expo in an appropriate way and organizing African enterprises and products with African characteristics to participate in the expo. Second, promote the pilot zone for in-depth China-Africa economic and trade cooperation. In 2021, the Eighth Ministerial Conference of the Forum on China-Africa Cooperation mentioned the development of a pilot zone for in-depth China-Africa economic and trade cooperation in China. In these days when face-to-face communication is not possible, Hunan has overcome the difficulties and done a lot of things to build "six centers", such as the African Center for the distribution and trading of non-resource products and the China-Africa cross-border RMB Center. Since it is called "pilot zone", Hunan should go to Africa firstly. 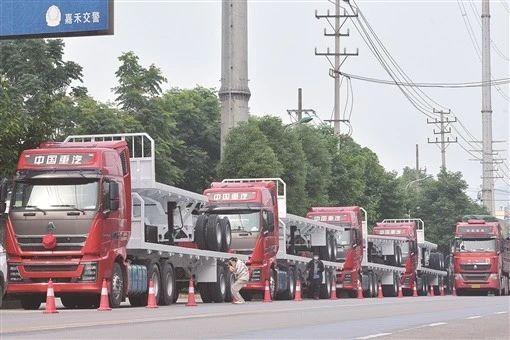 （On May 17, Jiahe County held the launching ceremony of the first export of "Quality Chenzhou" cars to Africa. 50 special purpose cars produced by Hunan Jinsong Automobile Co., Ltd. were shipped to Tanzania）

Third, we need to align key projects. As early as the planning stage, Hunan held a business forum to sort out the project list and collect the application form of enterprises who wanted to go to Africa. Dozens of enterprises signed up, which was very enthusiastic. It can be seen from the data that the trade between Hunan and Africa is in full swing. In the first ten months, the import and export volume of Hunan to Africa is 46.13 billion yuan, with a year-on-year growth of 50.5%, ranking first in the Midwest. It can be seen that Hunan enterprises want to go to Africa's heart has been unable to wait. First visit, all arrangements are still difficult. The first group of Hunan delegations first went to learn about the local business environment, bilateral economic and trade exchanges and the progress of key projects.

First find out the way, then later, other Hunan enterprises will go out smoothly.

Minister personally picked up the plane, Hunan is eagerly awaited by Africa.

The visit of Hunan to Africa, has strong purpose, and its popularity is also extremely high. This time, Hunan will go to three African countries, Mozambique, Tanzania and Madagascar. We paid special attention to nearly 10 departments of industry and trade, agriculture and energy in these three countries, and 9 key projects and parks of cooperation with Africa. 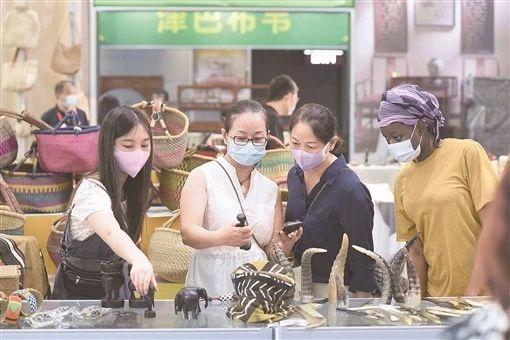 （Visitors select African handicrafts at the exhibition area of the second China-Africa Economic and Trade Expo at Changsha International Convention and Exhibition Center on Sept 29, 2021）

After heard that the delegation would go, the Minister of Agriculture of Mozambique was very excited and said he would personally go to the airport to meet the airport. The chairman of the China-Tanzania National Industrial Park in Tanzania has long been waiting for Hunan. "Hunan is great to finally have a provincial team here," he said. Needless to mention Madagascar, it is the country that put Yuan Longping's hybrid rice on the largest banknotes. African countries and Chinese enterprises in Africa have the same attitude towards Hunan Mission: urgent, eager and active participation! The visit is expected to last for 10 days. Let us hope that this trip of economic and trade expansion, cooperation and exchanges, and deepening friendship will produce the desired results. In addition, the Department of Commerce of Hunan Province will send a team to Singapore on December 11 to docking with Singapore's economic and trade development and cooperation opportunities, establish a communication and liaison mechanism and tap the potential of bilateral economic and trade exchanges and cooperation. The visit is expected to last five days.

Hunan Xiang Yu Guo Food Co., Ltd., as an enterprise settled in Hunan China-Africa Economic and Trade Pavilion, actively participates in and carries out economic and trade activities with Africa. We determined to take root in Hunan characteristic food in Africa, and bring authentic Hunan food to African people and overseas Chinese friends in Africa! Hunan Xiang Yu Guo Food Co., Ltd. was born in Xiangtan, the hometown of red culture, and started with Hunan cuisine. It is a large-scale high-tech enterprise engaged in deep processing of agricultural products. Its core product, Grandma Dishes, breaks through the bottleneck of the industry and takes the lead in achieving normal temperature storage and transportation in Hunan! Hunan Xiang Yu Guo Grandma dishes selects 3000 meters of Yunnan high mountain radish, optimized and upgraded the traditional process, tastes crisp and refreshing, appetizing meals. It is an essential classic delicious of Hunan people, als well received by people domestic and overseas. It has become the leading brand of Hunan grandma dishes!